Kingdom of Bhutan at a glance.

Bhutan's early history is steeped in mythology and remains obscure.

Bhutan's rich cultural and heritage make unique in the world.

Bhutan’s development objective is based on Gross National Happiness.

The people of Bhutan are a rich mosaic of lifestyles and languages..

History of Bhutan in Brief

Bhutan has been an independent nation throughout its history, a historic fact greatly treasured and prized by Bhutanese. Bhutan had numerous clans and tribal feudal chiefs who ruled over different regions in the country. These feudal chiefs were in constant conflict among themselves and with Tibet. It was not until the 17th century that Zhabdrung Ngawang Namgyel unified the country and brought Bhutan one rule. He established a theocracy in the country, a dual system of administration to look after the temporal and the civil administration of the country.

Zhabdrung Ngawang Namgyel has had a great impact not only on the administration but equally on the history of Buddhism in Bhutan. He built Dzongs, monasteries and religious institutions. He established the Drukpa kargyud school of Tantric Mahayana Buddhism in Bhutan. 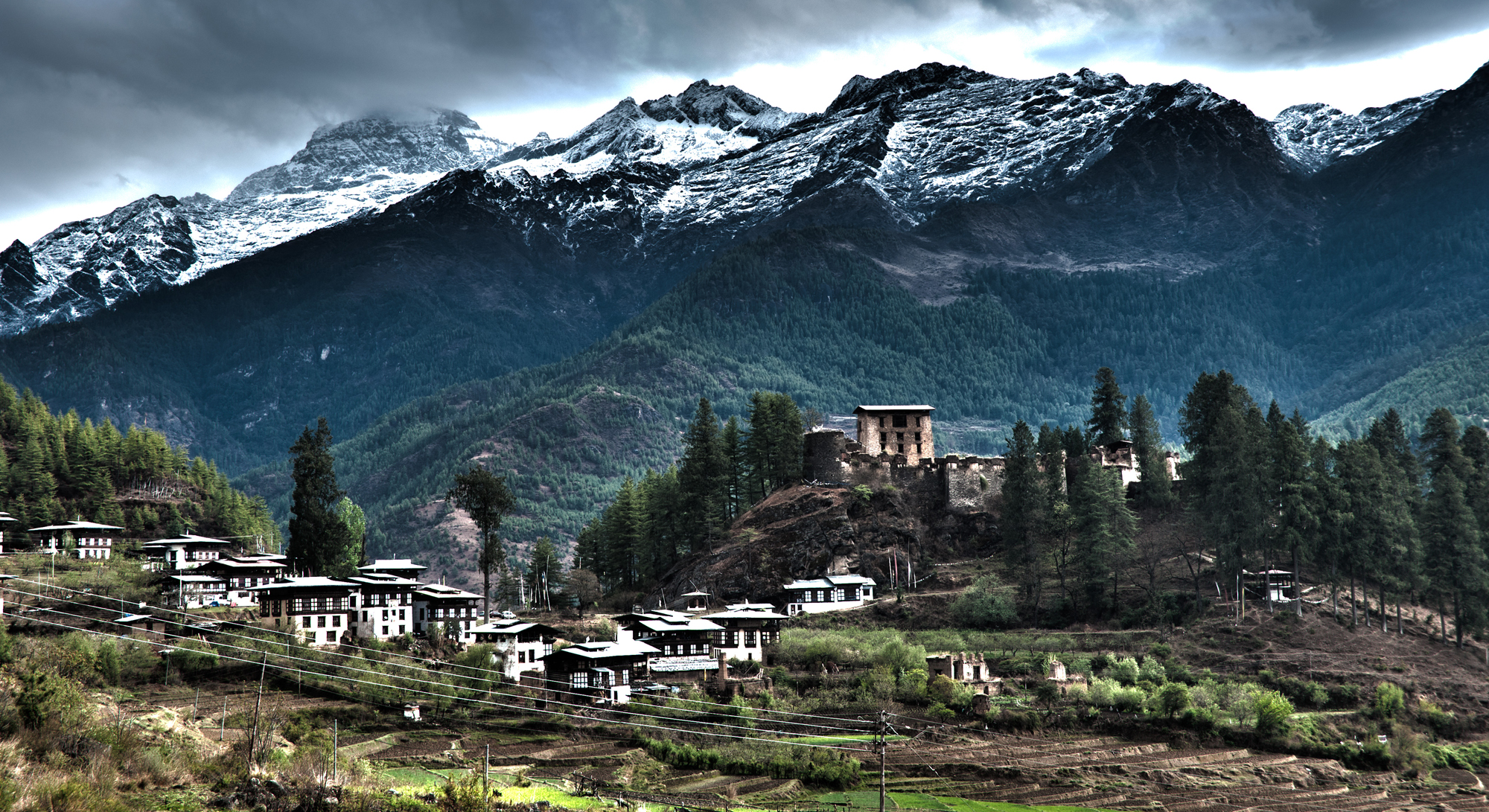 The dual form of governance ended in the year 1907 when the Trongsa Penlop Ugyen Wangchuk became the first hereditary king of Bhutan. Since then there had been have four kings with our present King Jigme Khaser Namgyal Wangchuk as the fifth king of Bhutan. It was King Jigme Dorji Wangchuk who is accredited with opening the windows of the country to the outside world and stepping in the modern world.

Bhutan was not unified under central authority until the 17th century, however the religious presence had been in the country had been acting as a spiritual cohesion for many years. According to one legend, it was in 747 A.D, Guru Padmasambhava also known as Guru Rinpoche in Bhutan made his legendary trip from Tibet across the mountains flying on a tigress’s back.

He arrived in Paro valley at Taktshang Lhakhang, Tiger’s nest. A monastery now perches on the cliff’s face as a permanent memory in his name. Guru Rinpoche is not only recognized as the founder of Nyingmapa religious school but also considered as the second Buddha. In the years that followed many great masters flourished the faith of Buddhism. The country was eventually unified under the Drukpa Kargyud sect of Mahayana Buddhism by Zhabdrung Ngawang Namgyal.

The 17th century witnessed a remarkable change from the unification of the country under one rule to the coronation of our first King Ugyen Wangchuk in 1907 and a series of rulers under whose guidance Bhutan has progressed and balanced the country under the philosophy of Gross National Happiness.